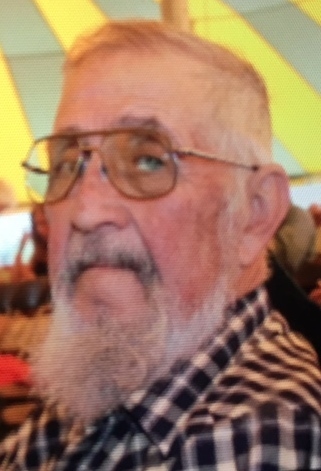 David Carl Abbott, 78, of Kremmling , Colorado, passed away August. 23, 2017, at Kremmling Hospital. Dave was born October 19, 1938, in Sidney, Ohio to Carl and Grace Abbott, the first of seven children to grow up on a dairy farm. He graduated from Sidney High School in 1956, and earned a bachelor's degree and later a master's degree in agricultural education from The Ohio State University.
He married Jean Boyer in 1957. Their daughter Dawn was born May 31, 1958. Dave and Jean were later divorced.
Dave taught vocational agriculture in the New Carlisle-Bethel School District for 18 years before moving to Kremmling and marrying Nancy Thompson McKinstry in 1976. He taught at West Grand High School for 14 years.
He was employed by the National Association of State Departments of Agriculture for 26 years as a statistical surveyor and later as a field supervisor.
Dave was proud of all his many former students, many whose careers reflected their vocational agriculture training, including some who became vo-ag teachers.
His leadership positions reflected his concern for both teaching and for agriculture. He was elected vice-president of the Ohio Education Association and served on committees for the National Education Association. In Colorado, he helped create the FFA Foundation and served for many years on the Middle Park Conservation District Board.
He was also Grand County Republican County Chairman for several years.
Dave was a member of Trinity Episcopal Church and served as a Eucharist Minister and a Eucharistic Visitor, taking communion to others at home or in the hospital.
Dave is survived by his wife of 40 years, Nancy, his daughter, Dawn Knouff, his brothers Don (Kathy), Jim, Phil, and Nick(Pam), and. his sister, Doris (Toby), his grandson, Matt(Anne), his granddaughter Danielle (Allan), and three great-grand-children. Dave was preceded in death by his parents, his brother Tom, and son-in-law Brent Knouff.
Cremation has taken place. A Celebration of Life service will be held at Trinity Episcopal Church, 9th and Central in Kremmling, on Saturday, Sept. 9, at 3 pm, followed by a light meal at the church. The internment of ashes will follow the 9 am Eucharist at St. John's Episcopal Church in Granby on Sunday, Sept. 10.
Donations in David's name may be made to Northwest Colorado Health (Hospice), 940 Central park Drive, Suite 101, Steamboat Springs, CO. 80487 or West Grand School District, P.O. Box 515, 80459, Attention: West Grand FFA.

To order memorial trees or send flowers to the family in memory of David Abbott, please visit our flower store.