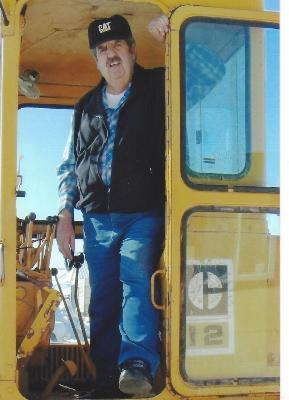 David Leon Cautrell passed away on July 4, 2015 earning his wings. He was born in Tabernash, Colorado on July 8, 1947, to Joesph and Arlinda (Pacheco) Cautrell. He enlisted in the army in 1967. On February 14th, 1968 he married Dorothy (Dury) the love of his life. Dave was involved with the Grand County Ambulance service from 1969 to 1974. Dave was a volunteer deputy with Grand County Sherriff's patrol from 1974 to 1988. Along with his father Joesph they started Cautrell & Sons Excavating in 1966 to present. He served on the Fraser Cemetery Board for several years. Dave loved spending time with his family and friends as well as taking time to enjoy the outdoors and capturing its beauty. Dave is survived by his wife Dorothy, his son James ( Kim) Cautrell, daughter Julie, grandsons Wyatt and Michael May, granddaughter Brittany Cautrell, brother Floyd (Robin) Cautrell, sister Geneva (Melvin) Conn, nieces: Sophie, Shelly, Jennifer, Great nieces: Toni, Randi, Kamri, Taylor, Haley, Tristin, Melanie, Great-Great niece: Addy, nephews: John, JL, Great nephews: Tucker, Camden.

The family would like to thank everyone for their prayers and support while Dave went through his fight with cancer. His family would also like to thank the staff of the Kremmling Memorial Hospital for their loving and caring attentiveness to all of Dave's needs during his 54 days in their care.

Family request that donations be made to the David Cautrell Memorial fund at Liberty Savings Bank Granby.

Funeral services will be announced on a later date.

To order memorial trees or send flowers to the family in memory of Dave L. Cautrell, please visit our flower store.