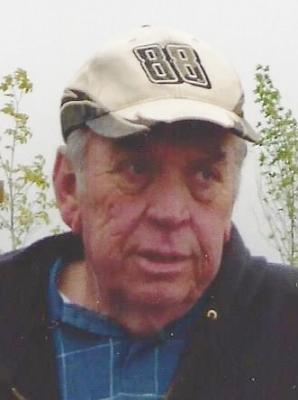 Clarence "Butch" Woodard passed away November 15th, 2014 two weeks shy of his 68th birthday. Butch was born in Rocky Ford, CO on December 1, 1946 to Clarence and Elsie (Heil) Woodard of Sugar City, CO. He lived in Sugar City in his early years until the passing of his father. His mother remarried Glen Smith of Sugar City and they soon moved to La Junta where he attended school.

Butch was a Boy Scout attaining the rank of Eagle Scout. He belonged to the Koshare Indian Dancers and Kiva in La Junta. Butch was a member of the Navajo tribe and became a drummer for the authentic Indian dances that his fellow scouts preformed all over America. He graduated from La Junta High School. After graduation he attended automotive school in Denver. Butch joined the Navy CB's just before his draft papers arrived. He did three tours to Vietnam.

Shortly after his discharge he met and married Deborah Nielsen on March 13, 1971. They were the proud parents of Kimberly, Brent and Jared. As a couple they lived in Pueblo for six months before moving to Brush, CO in September 1971 where he was body shop foreman for the Carrol Motor Company. In January 1978 the family moved to Kremmling where he worked at the Henderson mill till 2000. Butch opened Fraser Auto with his son Brent. In 2002 he retired due to health issues. While he was well he enjoyed fishing, hunting, snowmobiling, water skiing, and camping with his friends and family. He loved 4 wheeling in the jeep that he helped build with Brent and was a member of the Mountain Metal Mashers. Butch was also a member of the VFW. Watching his children and grandchildren, Katharyn Woodard; Nicole, Aziz, Annalys, and Akram Hanna; and Tyson and Kayla Woodard play sports and have fun were also at the top of his list of great things to do.

He was preceded in death by his father Clarence Augustus Woodard, Step-father Glen Smith, and brother Perry Donald Woodard. He is survived by his mother Elsie Smith of Granby, Colorado, wife Deborah; daughter Kimberly (Andy) Hanna of Fraser, CO; and sons Brent of Granby and Jared of Firestone, CO.

A Funeral Service is Wednesday Nov. 19th at 2:00PM at the Kremmling Community Church and burial will follow in the Kremmling Cemetery. Donations may be made in his memory to The Indian Peaks Charter School, PO Box 1819, Granby, CO 80446

To order memorial trees or send flowers to the family in memory of Clarence "Butch" Woodard, please visit our flower store.