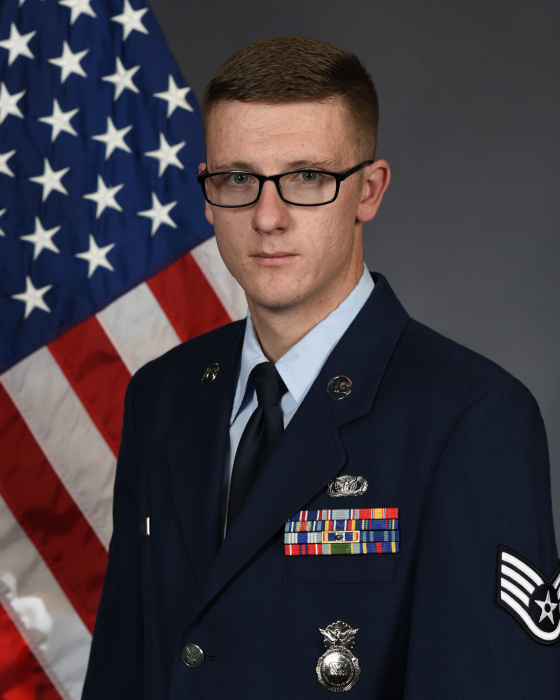 Christopher Allen Martin passed away on December 5, 2020. He was born April 20, 1993 in Denver, CO and enjoyed a childhood of cooking with Grandma, working with Grandpa, hanging out with his friends Tim Saterfiel and Jack Horn, learning about driving and trucking from Scott Horn and loving his “other mother” Julie Horn, and years of adventures and working with this Mom. He enjoyed summers with his Father, step-mother and brothers in Nevada. Christopher loved spending time with his beloved Aunts and Uncles and cousins whenever he could, as a child and as an adult. After graduation he joined the US AF and went immediately to Germany, serving in Spangdahlem and Vogelweh as well as Kuwait, Turkey and Spokane WA. During his time stationed in Germany, he met his wife Grace Martinez and they married January 9, 2015. They enjoyed the adventure of traveling in and around Germany and the special time of being newlyweds. When they returned stateside, they were expecting their first child, Hunter Wyatt, who arrived 2/14/2016. Shortly after came Charlene Rebecca Addison on 8/1/2017. These precious beings were the light of Christopher's days, and he was the epitome of a “present” father including them in everything he did, never tiring of their company, and always looking for family adventures. He was always capturing pictures of them on snow plowing jobs or in the cab of a stacker, in his patrol car, at the warehouse he and his wife worked, on the boat, family time at the park, or simply playing in their living room.

He was dedicated in his 10 years of service to his country and was so proud to be a part of Security Forces, where he was continually recognized for his excellence. He truly loved law enforcement, serving for a time as Flight Chief of the 92nd Security Forces Squadron, NCOIC of Police Services, Assistant NCOIC of Pass and Registration, he was a distinguished graduate of Airman Leadership School, and was a guardsman in the 92nd FFS Fairchild Honor Guard. He put all his effort into his job wherever the AF assigned him.

Christopher's quick and clever sense of humor reflected his peacemaker heart and easily brought loved ones laughter and joy. He always strove to comfort members of his flight and bring them memorable times with amazing food and camaraderie while away from their families. He loved and was happiest spending time around friends and family. May his family always be inspired by his heart of service and compassion, and continue to share laughter for all our days.

He is preceded in death by his grandfather Charlie Labrake. He is survived by his wife, Grace, his children Hunter and Charlene, his mother Cynthia Drohan, Grandparents Dan & Charlene Drohan and Janet Labrake, beloved in-laws Roy and Patricia Martinez, devoted and loving aunts, uncles, cousins and friends, as well as his father Patrick Martin, stepmother Amy Martin, and brothers Jayce and Gage Martin.

To order memorial trees or send flowers to the family in memory of Christopher Allen Martin, please visit our flower store.