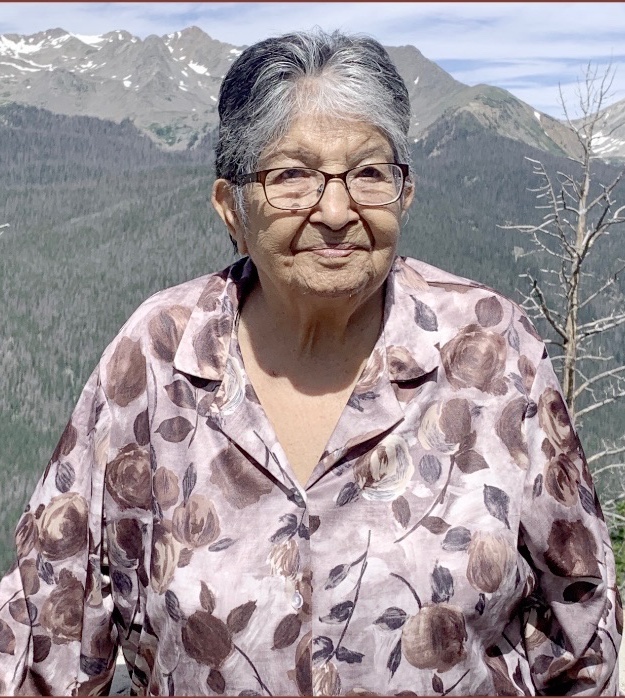 Carmen Archuleta, 97, of Kremmling, Colorado, passed away on October 14, 2021. Carmen was born in Pilar, New Mexico on February 16, 1924, and later moved to Parshall, Colorado, where she resided for many years before moving to Kremmling.

Every summer you would find Carmen in her garden planting flowers or collecting rocks. Carmen worked in restaurants as a cook. In Parshall, she worked at Uncle Tom’s Cabin, and in Kremmling, at Jerry’s Cafe and the Hoof-N-Horn.

Carmen was preceded in death by her husband, Jose F. Archuleta; son, Jerry Archuleta; niece, Lourdes Jaramillo - who she considered a daughter; son-in-law, Daniel Villalobos; daughter-in-law, Shirley Archuleta; parents, Excelso and Macaria Suazo; brothers, Tito and Seferino Suazo; sister, Corina Esquibel; and many other half and step brothers and sisters.

Rosary and Viewing will begin at 11:00 am on Monday October 18, 2021 at the St. Peters Catholic Church in Kremmling. Mass will begin at noon immediately followed by burial at the Kremlin Cemetery.

The family of Carmen Archuleta invite you to join us for a celebration of life at the Bumgarner Building to share memories and a lunch.

To order memorial trees or send flowers to the family in memory of Carmen Archuleta, please visit our flower store.

Interment will be at the Kremmling Cemetery following the Mass.