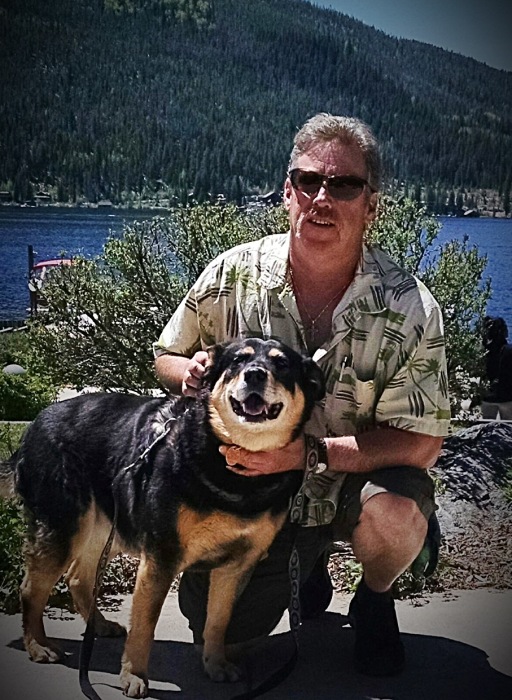 Bradley Lewis Dinsmore, 54 of Granby, Colorado passed away on July 2, 2019. Brad was born to Lewis and Diane Dinsmore on August 3, 1964 in St. Louis Missouri. As a young boy growing up in St. Louis, he learned to love hockey and baseball. His love for these sports carried over to him when he moved to Colorado in 1977. Brad became an avid fan of the Colorado Rockies and Colorado Avalanche.

During the summer months Brad would learn the Tree and Landscape business from his dad. When Brad moved to Colorado he learned how to build log cabins from his uncle Rick and that caught his interest in the construction trade.

Brad had a deep love for the outdoors, hiking whenever he got the chance and was always found with his constant companion Abbie, his dog. She would be by his side wherever Brad would go. Brad also loved to hunt and fish in the beautiful mountains of Colorado. Brad was also very active in his church and “Celebrated Recover” group lending a helping hand whenever he could.

To order memorial trees or send flowers to the family in memory of Bradley Lewis Dinsmore, please visit our flower store.