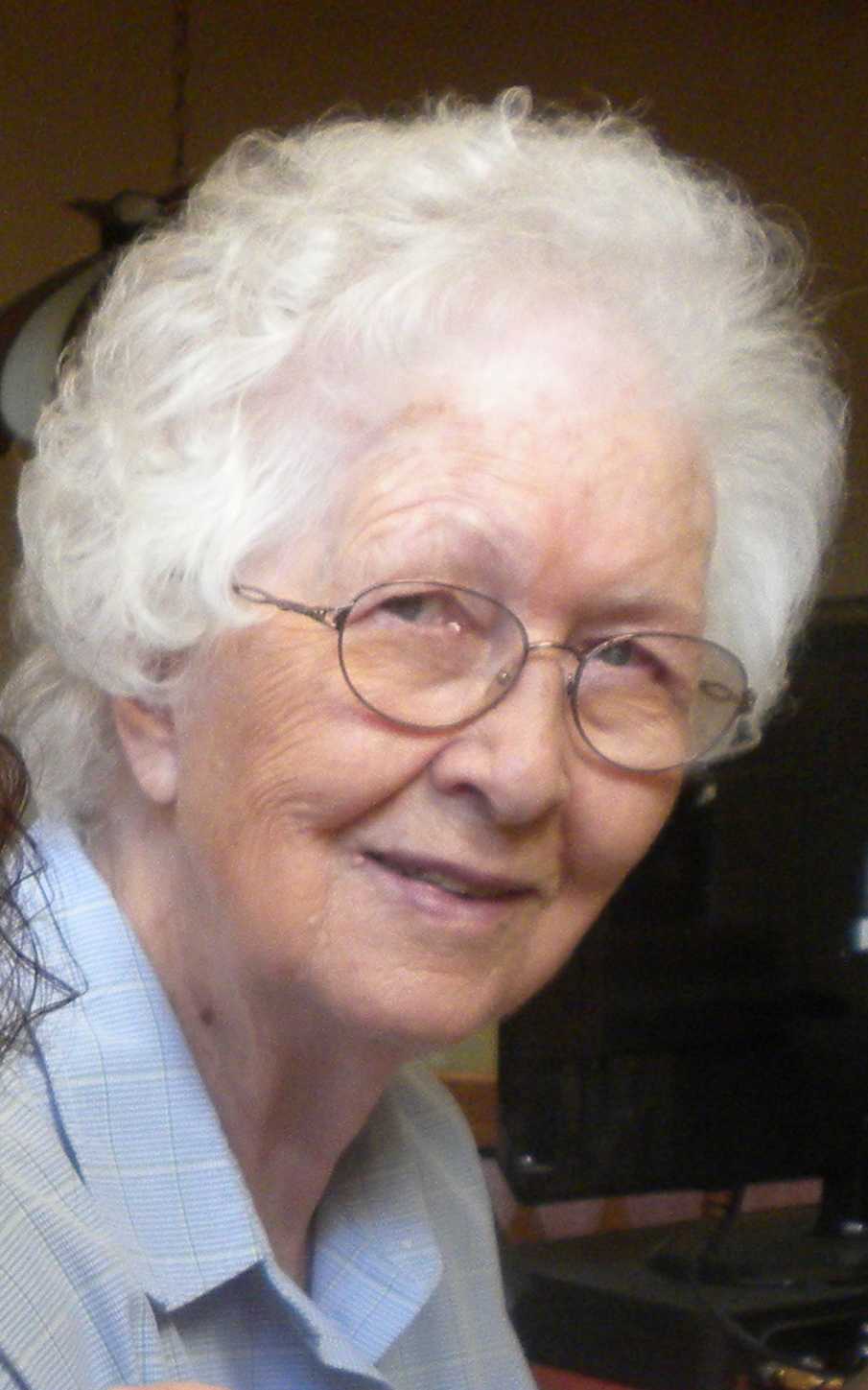 Billie Louise McWilliams, 91, of Winter Park, Colorado, passed away November 4, 2015 in St. Anthony's Hospital in Lakewood, Colorado, with her family by her side. Billie was born May 12, 1924, in Fort Collins, Colorado, as the only child of William F. Berg and Leona Brown, and the step-daughter of Louis E. Sholine. She is survived by sons Daniel, Patrick, and Carey McWilliams, and daughter Diane McWilliams; 4 grandchildren; 6 great grandchildren; and many relatives in California, Oregon, New York, Wyoming, Nevada and Arizona. Her husband, Francis Willard (Mac) McWilliams, preceded her in death in 1987.
Billie spent her school years in Fort Collins, Colorado, and her summers at the Sholine Ranch on the Laramie River in Northern Colorado. She attended Colorado Women's College, and worked for United Airlines in Cheyenne, WY. On Christmas Day 1945, Billie married her high school sweetheart, Willard (Mac), at the First Baptist Church, Fort Collins, Colorado. During his career in the oil industry, they lived in Colorado, Wyoming, California, Texas, Australia, and Somalia. In 1971 they built their home, "WinterSummer Lodge", in Winter Park, Colorado, the central hub and sanctuary for their family. Billie lived there for 28 years following the loss of her husband. She could always be counted upon to volunteer, and regularly assisted with the Grand County elections.
Billie had a quiet, friendly, and caring nature. Her soft spoken, kind presence and loving smile was known and appreciated in the many communities in which she lived. Her loyalty and commitment to her husband and family was fiercely unconditional. She cherished her time with her grandchildren and great-grandchildren, watching them grow and helping them when needed. She had a great love for nature, especially flowers, aspen trees, and hummingbirds. Her favorite past-times were feeding the birds, playing solitaire and cribbage, and watching her favorite Colorado sports teams, all in the company of Rooney, the golden lab.
Billie will be interred in Grand Lake Cemetery next to her husband. A memorial service is planned for Sunday, December 13th, at noon in the Fraser Historic Church, Fraser, Colorado. A potluck will be held afterwards. For more info and to post notes of condolences and memories of Billie, see www.grandcountymortuary.com. In lieu of flowers, etc., the family suggests that donations be given in her name to the Denver Rescue Mission (PO Box 5164, Denver CO, 80217, denverresuemission.org).

To order memorial trees or send flowers to the family in memory of Billie Louise McWilliams, please visit our flower store.