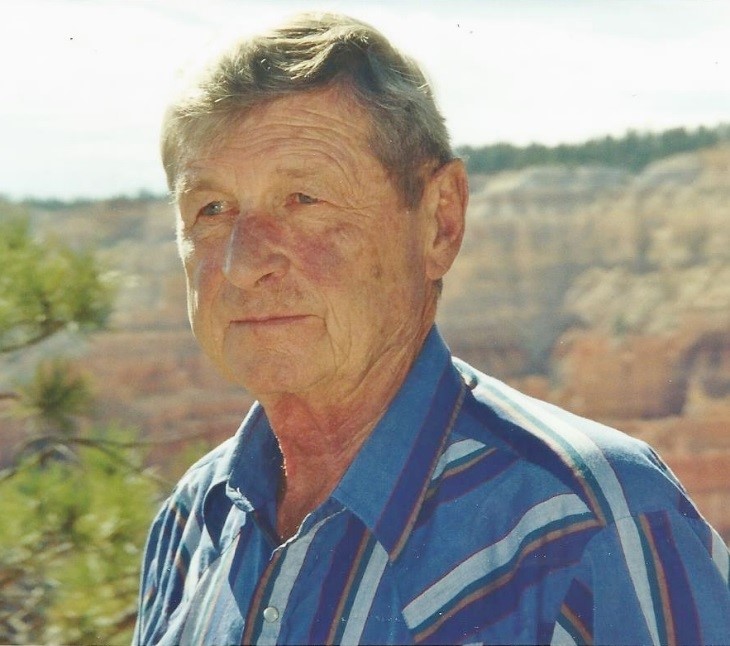 Ben Mark Cherrington Jr. passed away peacefully in his sleep on February 2, 2021 at the age of 88 on the family ranch near Grand Lake, Colorado, with his beloved wife Sara, (Toots), of 65 years at his side.

During summer months, while in school, Mark worked for “Aunt Lou” at the Grand Lake Boat Service giving tours of Grand Lake to out of town visitors from one of his favorite Chris-Craft boats.  While in Grand Lake during the summer he met Sara Ann Fisher, “Toots”, the daughter of local ranchers Red and Helen Fisher. The two were married on July 28, 1956 on the 7V/ Ranch. The couple returned to school enrolling at Colorado Teachers College, (University of Northern Colorado), in Greeley, Colorado where Mark completed his education earning a teaching degree.

Upon college graduation Mark began his teaching career in Delta, Colorado followed by a year in Springfield, Colorado and then 15 years of teaching American History for the Aurora Public Schools at Aurora Central and Hinkley High Schools.

Mark and Toots had their first child, Cal, born in June of 1957, followed by a daughter Christy in November of 1958 and then Ben in December of 1959.

Mark loved to spend time with his family on his boat water skiing on Grand Lake, Shadow Mountain or Lake Granby and the annual trip to Lake Powell just before it was time to start cutting hay.  Late summer and fall were spent in the hayfield up until the age of 86, when loss of eye sight made it too difficult to run the swather or baler as he had done since 1972.  During the winter Mark loved to feed the livestock from his snowcat….making the trip everyday no matter the temperature or the weather.  Spring brought calving season and the many trips, day and night, out to the meadow to check on the “girls”, as Toots would call them.  And on several occasions over the course of 40 years a new born calf would end up in the ranch house bathtub, immersed in warm water in an effort to save it’s life.

To order memorial trees or send flowers to the family in memory of Ben Mark Cherrington Jr., please visit our flower store.