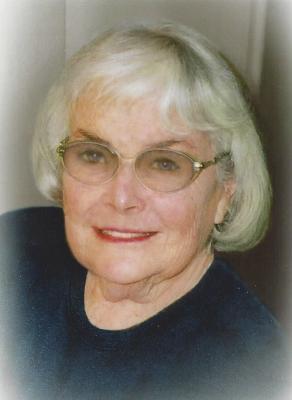 Anita Lewis Thompson, Nonnie to her family and Nita to many friends, age 88, passed away Wednesday, April 29, 2015. Beloved mother, grandmother, great grandmother, friend and neighbor, she was born April 17, 1927, in Denver, Colorado. Her parents were ranchers Dudley D. and Ethel Lewis. Anita enjoyed a wonderful childhood on Z-D Hereford Ranch in Buffalo Creek, Colorado. She moved to Kremmling in 1951 and operated a ranch on Troublesome Creek with her husband Bill Sr. before moving to Riverside Ranch in 1959.


Anita gave selflessly to her family and countless friends. She generously shared coffee, meals, encouragement and love to anyone who dropped by her ranch. She was actively involved and held leadership roles in numerous community organizations including the Middle Park Stockgrowers, Cowbelles, Farm Bureau, 4-H, Grand County Republicans, ASCS, and the Election Board. She was honored as Middle Park Citizen of the Year in 1982.


Anita is survived by her children: Bill Thompson, Gayle Jones, Mark Thompson, and Jeanie Draper along with daughter-in-law Wendy Thompson and son-in-law Dirk Draper. She is preceded in death by one grandson, Shane Thompson. Her surviving grandchildren include Amanda, J.W., Will, Robert, Deb, Gary, Luke, Maddi and Lydia. Her great grandchildren are: Ethan, Ryann, Acelynn, Ashlynn, Bethany, Makayla, Scarlett, and a baby due in October.


Anita's Memorial will be Saturday, May 9, 2pm, at the Kremmling Community Church. A potluck reception will follow at the Extension Hall.


In lieu of flowers, memorial donations may be made to the Middle Park Stockgrowers, Cliffview Assisted Living Center, P.O. Box 1119, Kremmling, CO, 80459 or the Middle Park Fair Board.

To order memorial trees or send flowers to the family in memory of Anita Lewis Thompson, please visit our flower store.