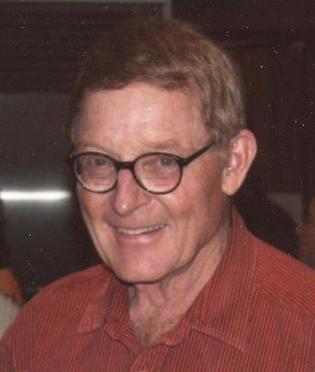 Andrew Landis Arnold, known to all as Andy, passed away at home in Tabernash, with his loving wife, Becky, at his side on Thursday, April 12, 2012. He loved his life and left us following a fall that compounded a multi-year struggle with cancer.


Andy was born on December 22,/ 1937 in Albuquerque, NM, to Landis "Pink" J. and Helen Hopkins Arnold. His father being a career forester, Andy spent much of his youth in the woods and the family lived successively in Albuquerque , Arlington VA and Missoula MT. Before his parents retired to Greeley. At 15, with his parent's blessing, he hitchhiked back to Montana for the first of several memorable summers working on timber and trail crews.


During the high school years in Greeley, Andy started his life-long passion for skiing. With many of his heroes being members of the 10th Mountain Division, it was a great honor for him to join the Army in 1956 as a member of the Mountain & Cold Weather Training Command at Camp Hale, CO and later at Fort Greeley, AK. Those army years were very formative for Andy and he stayed in close contact with many of his fellow mountain-troopers throughout his life.


Though he had a brief foray to CSU in Ft. Collins before the army, Andy started his studies of botany at the University of Colorado, Boulder in 1958. While there, he worked at the university's Institute of Arctic and Alpine Research (Science Lodge). It was in Boulder that Andy met fellow student, Becky Roe, who would in 1959 become his wife and life partner. At Andy's graduation in 1962, there were two boys in-tow, Landis (1960) and Thor (1961).


Beyond his-own love of family and the outdoors (or with the hope of financing it), Andy -chose to shift from his outdoor careers to a pursuit of a medical degree.


1965-1969 was spent at the University of Colorado Medical School in Denver. In this time he kept active by commuting to school on his Frejus racing bicycle, burned through a few Ducati enduro motorcycles, and skied and climbed whenever he could. One of the standing family memories were dark evenings awaiting Andy's return from the Outhouse trees at Winter Park or ski tours from Eldora, over the divide, to Winter Park. In the late 60's and early 70's Andy completed major ascents of Shiprock in New Mexico, Flat Top and Devil's Tower in Wyoming.


In the mid-1970's Andy began kayaking , building some classic fiberglass kayaks and continued whitewater paddling and rafting into his 70's. Never one to sit-still in camp, there were often trout on the fire, thanks to Andy's skill with a fly-rod.


After med. school, Andy finished his training in family medicine at Presbyterian-St. Lukes Hospital in Denver. From there, the family spent a wonderful year in Trinidad, CO, where Andy was a Physician for the Children and Youth Project. From '71-'79, he was a Physician for Denver Health and Hospitals and Neighborhood Health Program. In those days he did most of his doctoring while speaking Spanish with his patients. Through this time, Andy continued to volunteer for the Winter Park Ski Patrol.


With both kids off to college in 1979, Andy quit his "real job", convinced Becky to sell their Denver bungalow and started the 7-Mile Medical Clinic in Winter Park. The clinic eventually was situated directly adjacent to the Ski Patrol room at the ski area. He built 7-Mile into a well regarded practice and continued his work there until his retirement in 2003. Many in the Grand County community came to know Andy as a Physician who was committed to helping people both heal and also to proactively stay healthy. And, of course, he did get to ski a lot in those years, at least until his radio would beckon him back to the clinic.


Andy and Becky spent their first twenty-some Tabernash years living in a century old log-cabin. What it lacked in scale and amenities, it made up for in it's warmth and sense of "home" for so many members of the Arnold Clan. Andy was known as the ultimate fix-it and adapt-it guy. His place was a good spot to break-down, as most things could be remedied in his care.


Becky started her collection of horses in Tabernash. The herd grew slowly and Andy didn't seem to take much notice in the first few years, but he came to love them all and he became quite the competent horseman. He took many cherished trail rides in New Mexico, Utah, Montana & Colorado.


Those who watched Andy's remarkable efforts to hang on, through these last years and months often commented on his resilience of spirit. His smile is forever with us and we are all so lucky to have had him in our lives.


With an everlasting imprint of Andy's person are his wife Becky of Tabernash, sons Landis (Ivana) Arnold of Niwot, CO and Thor Arnold of Bozeman, MT.


Showalter (JoAnne) of Aurora CO and his three children, John Showalter of Aurora,


Family and friends, as well has with his cherished dogs Greta and Misha and trusting horse, Thumper all miss him dearly.


The great circles of Andy's community have shown the love of a Village that has touched the family dearly. Andy was loved by many and his adventurous spirit lives on in all that he touched along his way.


The family would like to thank the Heart of the Mountain Hospice for their exceptional care during Andy's last week. We also


would like to thank everyone for their kindness, thoughts and prayers


over the last several years. In lieu of flowers, contributions in


Andy's memory are suggested to either:

Heart of the Mountains Hospice

To order memorial trees or send flowers to the family in memory of Andrew Arnold, please visit our flower store.