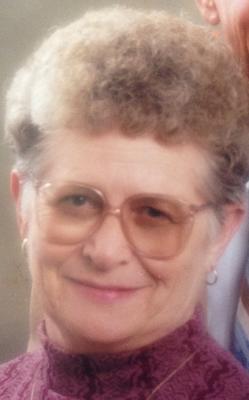 A Funeral Service will be held at Stillwater Community Chapel On Tuesday, December 23 at 2:00 p.m.

Alice was born in Milford Utah to Walter William and Zoe Venus Cook on January 28, 1938.

She graduated from Milford High School in 1955 and married Clyde Alley in Milford Utah in 1956.

After they were married they lived in Coldwater Kansas where they started their family.

They later moved to Denver, CO were she and Clyde were employed.

That union was blessed with three daughters, Robin Bick (Kendall), New Philadelphia, Ohio; Rhonda Lueck (Tim), Owatonna, MN, Brenda Hazel (Dennis), Grand Marsh, WI. They remained in Denver while raising their family. In 1982, they moved to Grand County where she became involved in

their community, enjoying fellowship with friends and church. There she was able to share her many talents, skill and interests.

She was the owner of the Olde Emporium Gift Shop in Grand Lake for 10 years. There she was able to teach quilting and sewing classes including the sales of fabric and clothing and gifts.

After selling the shop, she worked at various other businesses throughout Grand County including baking at Silver Creek Ski Area, H & R Block, Big Horn Lodge, The Dorothy Shop and various other gift shops in Grand Lake. Above all, Alice was a very loving and caring wife and mother.

After accepting Christ as her Savior, Alice was actively involved in serving her Lord in various churches through music and teaching until her failing health finally confined her to her home.

She was preceded in death by her Father and Mother.

Donations may be made in her honor to Heart of the Mountains Hospice at P.O. Box 140, Hot Sulphur Springs, CO 80451.

To order memorial trees or send flowers to the family in memory of Alice Faye Alley, please visit our flower store.