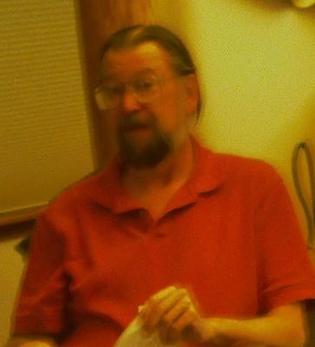 Alan James Ward, 58, a long time resident of Grand County passed away January 7 in Granby. He was born and raised in Lakewood, CO, where he graduated from high school. He attended college at the University of Northern Colorado in Greeley and Metro State in Denver. He graduated from Denver's Emily Griffith Culinary School and became a chef at the Phipp's family ranch near Creede, CO. Over 20 years ago, his love of skiing and hiking brought him to Grand County, where he held a variety of jobs. With his love for good food and wine, he worked as a cook, server and/or bartender at several restaurants in Grand County, the last being Caroline's before it sold. Another passion was reading, so some of his favorite work was with the Grand County Library District in its various branches, mostly in Hot Sulphur Springs, Granby, and Grand Lake. In his spare time he not only read voraciously but also enjoyed hiking, biking and bird watching throughout the area.

Never married, Alan is survived by his father Wayne of Lakewood; brother Tom of Salina, KS; sister, Susan Howard of Belen, NM, two nephews, a grand-nephew and niece, an aunt, two uncles, and numerous cousins. He was predeceased by his mother, Joyce.

No memorial service is planned. His remains will be cremated and his ashes scattered in the summer. Memorial contributions can be made in Alan's name to the Friends of Grand County Library, PO Box 1887, Fraser, CO 80442 or to a charity of your choice.

To order memorial trees or send flowers to the family in memory of Alan Ward, please visit our flower store.